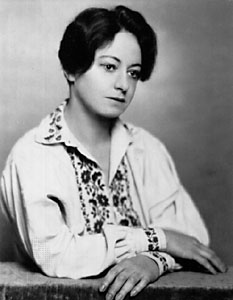 Razors pain you;
Rivers are damp;
Acids stain you;
And drugs cause cramp.
Guns aren’t lawful;
Nooses give;
Gas smells awful;
You might as well live.

The poem “Resume” by Dorothy Parker is a representation of the dark subject matter of much of Parker’s poems. The poem focuses on suicide, listing several ways to kill oneself. Parker attempted suicide three different times, and was unsuccessful each time. Her first suicide attempt, after aborting her lover’s baby, resulted in slashed wrists and a stay in the hospital. There, one of Parker’s friends, Robert Benchley, told her, “You might as well live.” This demand is what inspired Parker’s later poem, “Resume” (DeGrassi, 2009). “Resume” is a depressing poem but can have two different meanings, depending on the interpretation of the title.

The title of the poem can be interpreted two different ways and thus change the meaning of the poem. A résumé is a list of accomplishments, and this poem lists various ways of suicide. This shows the speaker’s contempt with life and the desire to no longer live. The poem is negative and dark, saying that there is no good way to die but the speaker also does not want to keep living. The title without accents is resume, or to continue on, such as to continue on with life. This is more positive and shows a feeling of hope. However, the poem is still sarcastic and the a speaker resigns to “living simply because achieving her desired end is such an insurmountable chore” (DeGrassi, 2009). The tone of the poem drastically changes with the interpretation of the title, with or without accents.


“Resume” follows an ABAB rhyme scheme and there is alliteration at the beginning of almost every line. The poem is in second person but it is unclear whether the speaker is talking to him or herself or directing it to someone else. As DeGrassi states in her criticism, “The thought put into the list and the consideration of why various methods of suicide will not work strongly suggests that the speaker has attempted (or at least, carefully considered) executing these various methods.”